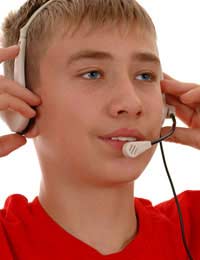 In children with no associated condition, articulation disorders may be treatable with speech therapy. In individuals who have trouble articulating due to another condition, the prognosis of that condition will likely affect their progress in correcting their disordered articulation.

As might be expected, speech impediments are speech difficulties in which there is an actual impediment to speaking fluently and efficiently. In the case of phonemic disorders, this impediment can be an inability to produce certain sounds or it can be that the individual cannot actually distinguish the sound and truly believes that he or she is producing their words correctly.

Sometimes individuals with phonemic disorders are not conscious that they are producing incorrect sounds but can readily identify mispronunciations in others. Phonemic disorders may also be a combination of the two, that the individual cannot distinguish the sounds nor can (s)he produce the sounds whether (s)he knows this or not.

If they have not yet been carried out, during the first visits tests may be administered in order to diagnosis the type and/or severity of the individual’s speech or language difficulties. During following sessions a variety of activities may be employed to help the individual master certain sounds, including sound or word repetitions, rhymes, conversational activities, reading and comprehension activities, puzzles, word or sentence scrambles, and reading aloud. Depending on the age of the individual, play time activities and school work may also be the basis of sessions.

A number of organisations exist to support individuals with speech difficulties and disorders in the United Kingdom. A few of these organisations include Speakability (www.speakability.org.uk) and Talking Point (www.talkingpoint.org.uk). Medical professionals and speech therapists and pathologists should all be able to offer further information and advice on phonemic disorders as well.