Speech and Self Esteem 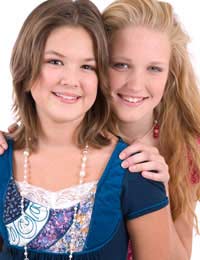 Speech difficulties and disorders often make the individuals who suffer from them feel frustrated, angry and even ashamed of their inability to speak “correctly”. Unfortunately, speech difficulties and disorders can also mark individuals out for taunting or bullying which, when combined with the negative emotions the individual is already experiencing, can serve to greatly reduce their self-esteem.

Listening to the speech of others, teaching others about their speech difficulties, dealing with a bully and even joining local support groups can all help take the stigma out of speech difficulties and disorders and help restore individuals’ self esteem.

Listening to the Speech of Others

Very often individuals with speech disorders are so concerned about their own speech that all they can hear is their own lisp, stammer or other speech difficulty. What these individuals are missing out on then is hearing the speech of others. When they really listen, they will discover that very few people actually speak fluently and efficiently at all times. Most people have trouble finishing their thoughts, constructing full sentences, avoiding saying “um” or “uh” and show a variety of other inefficient speech patterns in any given conversation. When individuals with speech disorders recognise this, they may no longer feel so isolated due to their speech.

Teaching Others About Speech Difficulties

Sometimes other people do show a disproportionate interest in a speech disorder, but it should never automatically be assumed that this is because they are repulsed by it or somehow think less of the individuals. These people may not have ever heard the speech disorder before, they may be listening hard to try to understand the disorder or they may simply be giving the conversation their full attention.

Individuals who suffer from speech disorders can actually make it easier for others by explaining their disorder and teaching others about it, including the causes, how and when it manifests and how they deal with it. If an individual is unable to do so, a parent, friend or other relative may be able to lead this discussion. Letting others know that it is okay to notice or communicate with them about their speech disorder may prove to individuals that others are simply interested in their speech abilities and not necessarily in a negative way.

Dealing with a Bully

Unfortunately, speech disorders do sometimes become fodder for bullies. Bullying is a hurtful, harmful activity but there are ways of dealing with a bully and successfully coping with one can make an individual’s self esteem rise. If the bullying takes place at school, a student can ask to see a copy of the school’s anti-bullying policy. Instances of bullying should be recorded in a diary, including what happened and who was involved.

Children should tell a trusted adult about what is happening and save proof, such as nasty text messages or defaced possessions, in case it is needed as evidence later. Those being bullied should not reply to technological abuse, such as via email or text message, but should keep printouts of these nasty communications. Those being bullied should also try to stay around other people as bullies often seek out victims who are alone.

When ready, those being bullied should make a formal complaint to their school but should not attempt to stand up to bullies alone. This may just bring on further bullying and put them in physical danger. The same can all be said about workplace bullies.

It can be exhausting to cope with a speech difficulty or disorder at all times, particular when it feels as though no one else has to do so. Joining a local support group can help individuals connect with others who share similar concerns. When it is realised that they are not strange or abnormal, individuals generally feel more connected and better about themselves. A number of organisations exist to support individuals with speech disorders in the UK and most of them will be able to offer information on local or regional support groups.

Stress Relief and Speech Disorders
Share Your Story, Join the Discussion or Seek Advice..
It is great to see ther is help out there for every problem that exist there is a solution, i suffer from clutterring speech dyspraxia and dyslexia i got diagnosed late in life but now my children recieve help for their delayed speech
asu - 13-Aug-13 @ 10:16 PM
Title:
(never shown)
Firstname:
(never shown)
Surname:
(never shown)
Email:
(never shown)
Nickname:
(shown)
Comment:
Validate: