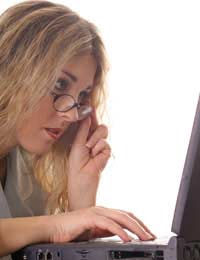 Dysprosody is a rare and relatively unknown speech disorder among the general population. Individuals suffering from dysprosody can speak fairly fluently but the rhythm of their speech, among other things, is disrupted. Foreign Accent Syndrome is associated with dysprosody. Below are some basic answers to frequently asked questions about dysprosody.

Dysprosody, sometimes also called psuedo-foreign dialect, is a speech disorder characterised by alterations in the intensity, timing and rhythm, cadence and/or intonation of words. In layman’s terms it means that an individual’s accent, or the way in which they pronounce and speak words, is altered as may be their patterns of speech.

Some cases of dysprosody are due to neurological causes, though it is the rarest type of neurological speech disorder. Other cases are the result of acquired brain injury or traumas such as tumours, lesions, or strokes that damage the part of the brain that controls speech and language, though these are also rare. Sometimes dysprosody is also associated with Parkinson’s Disease.

Is There a Cure for Dysprosody?

Dysprosody is a rare condition and the biology of it – what exactly causes it in each unique case – is not yet fully understood. There is no quick cure for dysprosody, though researchers believe that those affected by it will likely return to more normal speech patterns over time.

What Is Foreign Accent Syndrome?

Foreign Accent Syndrome is the name given to cases in which an individual suffers a brain injury and loses the ability to talk in their “normal” or native accent. Instead, the individual begins to use the speech rhythms and pronunciations more common to foreign accents, such as Jamaican, Chinese, German or any other type of accented English language.

This may also be referred to as psuedo-foreign dialect because the individual affected is not actually a foreign English speaker, despite the way in which he or she is now speaking. Unfortunately, after receiving a serious brain injury many patients are further traumatised by their inability to speak as they would prefer and frustrated by their inability to do so.

How is Dysprosody and/or Foreign Accent Syndrome Treated?

Those affected by dysprosody and/or Foreign Accent Syndrome can still speak relatively clearly and communicate well, they are just doing so with different rhythms and pronunciations. Sometimes this is referred to as a different speech “melody”. Speech therapy and/or working with an accent coach may help individuals return to their usual accents and patterns, though some researchers do believe that given enough time individuals will naturally return to their native speech conditions.

Due to its rareness, dysprodosy and/or Foreign Accent Syndrome may not be disorders with which all medical professionals are acquainted. Experienced speech therapists and pathologists may well have further information and advice about the disorder, and organisations dedicated to supporting those with speech disorders and difficulties may be able to provide further information or get in touch with a specialist who can do so. Speakability (www.speakability.org.uk) and Talking Point (www.talkingpoint.org.uk) are a couple of such organisations that might be able to help.

What is Rett Syndrome?
Share Your Story, Join the Discussion or Seek Advice..
It's been 39 years ago since I had the accident that affect my frontal lobe area & caused me to have DYSPROSODY.Well when I was 4 years back in 1980 little was known about voice pitch before the accident. & I did have a few years of speech class. However, the rhythms of my speech among other things is disrupted & my voice pitch is below normal. I also loss eye movement control.I can see, but, I can't control my eye movement,& a lot of people say movement control is associated with being smart, & my Reasoning, planing & problem solving skills are also damage. But, the second half of the Frontal lobe for me is more protect because I can move very quickly & fast & well. But what troubles me the most is people make fun of me because of DYSPROSODY. They think I am not talking loud enough. But the thing is I can't.It's impossible. Back in 1980 when I was 4. I to take nap & I didn't want to. I got moved to a big water-bed with headboard with really big music-speakers. The music-speakers was just about as big as me at time. Everything happened to fast. Then my head was cracked open In the Frontal lobe & I was bleeding really bad. I went to the hospital & got stiches. & I back home I was told to lay down for 48 hours. & nothing much happened. But I did have headaches & dizzy & mood swings since I was young just not well documented.
Roxy - 14-Jan-20 @ 11:42 PM
after head trauma i have foreign accent syndrome. i no speak good and a true floridian speak in russian (many say) accent. among other symptome, this is most frustrate. no dr can figure out and it b 4 year now. i need help n will do anything to get. thank
jodijazz - 3-Feb-18 @ 11:45 AM
Actually having a speech difficulty is not a good thing, but i really appreciate all the supporters to those people with such problems.
Lydy - 7-Oct-14 @ 3:05 PM
Title:
(never shown)
Firstname:
(never shown)
Surname:
(never shown)
Email:
(never shown)
Nickname:
(shown)
Comment:
Validate: