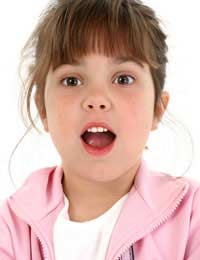 Dyspraxia is a disorder in which there is an impairment or immaturity in the body’s ability to coordinate movements. In the brain the messages meant to direct movement are not properly processed so the messages to the muscles cannot be sent efficiently nor can they be sent properly. Uncoordinated movements result.

These inefficient and incorrect messages include messages to the facial muscles, mouth muscles and nerves that must work together to produce speech so that speech may become unintelligible, repetitive, crowded with mispronunciations, very fast or very slow, and/or spoken at an odd pitch or tone. When dyspraxia is related specifically to speech it may sometimes be known as apraxia of speech.

Dyspraxia in the United Kingdom

Symptoms of Dyspraxia/Apraxia of Speech

Individuals suffering from dyspraxia/apraxia of speech may also have varying rates, rhythms and stresses to their speech. This may make the cadence of their speech seem off, or their accents seem strange. Children with dyspraxia/developmental apraxia of speech may also have trouble using language, including while reading, writing, spelling and/or listening in addition to speaking. Some children, however, will be able to understand language much more efficiently than they can actually use it.

Those suspected of being affected by dyspraxia/apraxia of speech should be seen by a speech and language therapist as soon as possible. These specialists can be accessed via referral from a GP or Health Visitor, from another medical professional or privately. If dyspraxia/apraxia of speech is diagnosed, speech therapy will likely be urged as a means of treatment. For most individuals, speech language therapy will help improve their speech and use of language to some degree.

Further Information on Dyspraxia/Apraxia of Speech

What is Rett Syndrome?
Share Your Story, Join the Discussion or Seek Advice..
@Lox - 'The Equality Act 2010* requires an awarding body to make reasonable adjustments where a candidate, who is disabled within the meaning of the Equality Act 2010, would be at a substantial disadvantage in comparison to someone who is not disabled. The awarding body is required to take reasonable steps to overcome that disadvantage. An example would be a Braille paper which would be a reasonable adjustment for a visually impaired person who could read Braille.' I have included a link to the Joint Council for Qualifications paper on Rewarding Learning here which addresses the issues you are taling of and should at least give you some guidance. It also gives some contact numbers so that you may be able to be pointed int he right direction to take it further. I hope this helps.
SpeechDisorder - 13-Jan-15 @ 12:39 PM
My daughter is coming up to GCSEs and Spanish is a real problem as she has a recurrent stammer and has difficulty making the right sounds for the language. She has dyspraxia and her speech was very delayed when she was young because of the difficulties she had in fine motor coordination. Her teacher would like to move her down to the 25% foundational GCSE group because, although she may well be able to pass the writing and comprehension papers, there is little chance of her getting through the oral tests of the full GCSE. I worry what this will do to my daughter, given that she already has to deal with the bullying/social exclusion/extremely low self esteem that often accompanies disability and stammering. Does anyone know of an exam board that accommodates speech and language disorders in its language assessments? Her teacher seemed to think there is no flexibility but this seems quite discriminatory, given that her other language skills would probably be adequate. All advice very welcome. Thanks.
Lox - 12-Jan-15 @ 10:20 PM
Title:
(never shown)
Firstname:
(never shown)
Surname:
(never shown)
Email:
(never shown)
Nickname:
(shown)
Comment:
Validate: