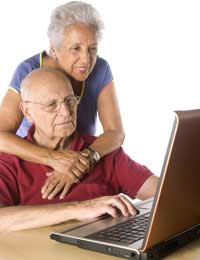 A stroke occurs when the blood flow to the brain is disrupted, usually by a blood clot, and cells of the brain die and are damaged. If the cells located in the communication control centre of the brain die or are damaged an individual may experience a variety of speech disorders including aphasia, apraxia of speech/dyspraxia and/or dysarthria.

Though it may be hard for the individual to communicate, it must be remembered that the individual has not necessarily lost intelligence, simply the verbal means to communicate his or her thoughts. When speech is impaired due to a stroke, speech therapy can often help to rehabilitate verbal speech abilities. How much rehabilitation may occur will be different in each unique case.

Aphasia is a condition that leaves an individual unable to produce or comprehend language and so sometimes left unable to speak, unable to read or write, unable to do both or another combination of communication difficulties. Many different types of aphasias exist, all with particular signs and symptoms. The prognosis for aphasia will depend upon the type of aphasia, the cause of the aphasia and the age of the individual involved.

Generally individuals suffering from apraxia of speech will have trouble stringing together sounds and syllables to make coherent words, and may also have trouble with speech rhythm, stresses, inflections of speech, speed and cadence.

Dysarthria is a slurring of the speech, otherwise defined as imprecise, slow and/or distorted verbal communications. A stroke may cause dysarthria because if the area of the brain that controls language is affected, so too will be the nerves that connect to the muscles involved in making speech. If these muscles are thus weakened or begin to receive uncoordinated speech “messages” from the brain, then speech is disrupted as a result.